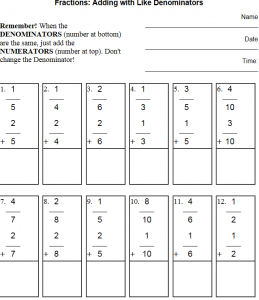 Adding and Subtracting Fractions Worksheets - Free Printable math worksheets with like and unlike denominators.